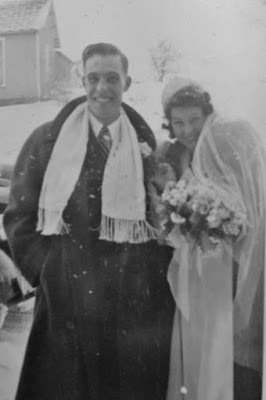 My grandparents' marriage is ending. It's not totally unexpected. My 84-year-old grampa has been failing for several years. Mom called on Christmas Eve to tell me that hospice has been called to make Grampa comfortable. After many brushes with death, this time it's for real. Grampa's doctors—and all of us who know him—have been amazed by his perseverance. Every time we've been told to prepare for his passing, Grampa's heart somehow kept on ticking. Some has said it's my Gramma's iron will that has kept Grampa around so long. She's been known to say, "Leo, I'm not ready for you to go yet!"

My grampa and gramma have been together nearly seventy years. Seventy years! Can our generation even conceive of such commitment? Of course, they weren't all blissful years. My grandparents weathered war and trauma and heartbreak. Their marriage wasn't always a model of domestic peace and tranquillity. But in the end, what a beautiful love story! Anyone can love when their lover is lovable, but true love—really remarkable love—is when someone loves another with all they have, knowing that the object of their affection hasn't anything to give in return. In the seven years since my Grampa's heart started failing, my Gramma has become an incredible model of unconditional love to our family as she cared for him, cleaned up after him, laughed with him in his better moments, and yes, loved him.

In recent years, I've developed a fascination with the 40s. I've read Tom Brokaw's The Greatest Generation and I'm working through Larry King's Love Stories from World War II. Louis Armstrong, Etta James and Ella Fitzgerald have made their way into my CD collection. This Christmas, Bing Crosby joined them. I'm not saying I wish the world would revert back to the 40s, but I can't help but admire the mindset of a generation that valued commitment, honor and keeping one's word. I love watching old classic movies when men and women interact issues with a sort of gentle respect and reserve that is unheard of today. And as a traditional sort myself, I love the chivalry that men showed women in their courting rituals. How many children of divorce look with longing at the marriages of their grandparents as the model our mothers and fathers missed?

I wonder, how have we, as a society, moved from The Greatest Generation to Generation Ex? I was telling a friend about the premise of my book and he made an insightful observation. He said that the sexual revolution of the 60s was a rebellion against the institution of marriage; our generation is rebelling against the institution of divorce. Where the 60s saw people live together for free love, our generation is living together because "I can't get divorced if I don't get married."

For those of us whose spiritual convictions prevent us from acting on our urges, our sexual desires pull us in opposite directions. We don't want to marry too young—our very lives are reminders of our parents' unwise decisions. Yet our fear of failing at marriage can also prevent us from taking the plunge even when the water's as warm as it can be.

I've read recently that the fastest growing area of counseling is marital counseling for newlyweds. Those of us who grew up with divorce—either as children or adults—want to be proactive to keep our marriages strong. Just as we regularly take our cars to the shop for preventative maintenance, we are painfully aware that without intentionality, our marriages can break down unexpectedly. I'm starting to think I have another book in me. Maybe it's just for me, the way Generation Ex began as my own personal project. I'd like to write about the romance trigger. If divorce, by definition, is the breakdown of a marriage, then it must be that the greatest point of impact on the children affected by divorce is our own marriages. My working title is Generation Ex and the Quest for Love: Getting to I Do after Mom and Dad Said I Don't. I have several chapters that didn't make the Generation Ex cut. Chapters on why we wait and why we maybe should. Chapters on learning from our parents' past and how to recognize a good marriage partner. I'd love to hear from you. If you're single, how has your parents' divorce affected your dating life—or lack thereof? If you're married, how did the divorce influence your courtship story? 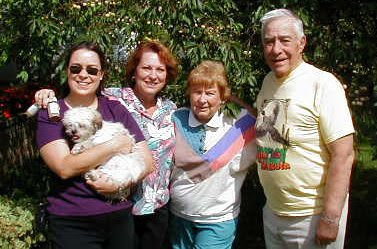